Did anyone hear about John Cusack’s latest film? The thriller supposedly inspired by the real events surrounding a notorious Alaskan serial killer, even though there are really no similarities between the stories, co-starring Jennifer Carpenter of Dexter? No? First you’ve heard of it?

I’m not surprised, because not only did this mediocre film go straight to DVD, it’s also completely formulaic – a thriller to the T. Although it’s got all the right pieces of the puzzle – big-name actors, a provocative premise, and all the twists you would expect from a thriller – when you put the puzzle together it produces a completely bland film that offers the viewer nothing new.

This is a great example of an easy trap to fall into for screenwriters. While you need to of course pay attention to the genre in which you are writing, it is possible to adhere too closely to accepted norms. In order for a film to have a real impact, it needs to go outside of the box in some way. Unfortunately, The Factory simply doesn’t do that.

Even worse, John Cusack’s performance is painfully underwhelming and shallow. Now, I love the classic Say Anything John Cusack as much as the next girl, but he’s really gone downhill now that he’s no longer that earnest and playfully endearing teenage underachiever. Somehow he doesn’t seem able to play the more mature roles now demanded of him, especially the protective father figure of The Factory. Many would argue that 2012, quickly followed by Hot Tub Time Machine, marked the beginning of the end for Cusack, but personally I rather enjoyed HTTM and didn’t find 2012 as atrocious as some. So I still had hope, until now.

What do you think about John Cusack’s career trajectory? Have you seen or heard of The Factory before now? Let me know what you thought of it! 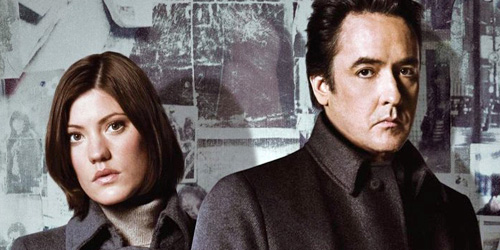 With well-known actors and a provocative premise, it’s surprising to see a film like The Factory go straight to DVD (sans bonus features or scene selection options). It hits all the high notes: abduction, abuse, murder, and even fatherly heroics. But this film’s failure to make an impact is perhaps due to too strict an adherence to the thriller formula. In the end, The Factoryleaves you with nothing new, only a sense that you’ve somehow seen it before.