The Avengers offers a great example of this in the character of Loki. As actor Tom Hiddleston said in an interview,

Well, I think he genuinely believes in his kind of motivation, which is that the human race is busy fighting each other. The planet Earth is rife with war and if the human race was united by the reverence of one king, he would create peace. It’s hopelessly deluded and misguided, but he’s also a character that’s also brought up with the expectation of his entitlement.”

So although Loki is incredibly misguided and is actually bringing about the destruction of the Earth, he truly in his heart believes that he is the hero of this story. And that’s the key – no one sees themselves as a villain, not even the actual villain of the story.

Not only does ensuring that your protagonist has a meaningful, even relatable or understandable motivation make him or her more realistic and believable, but it also makes them more complex, prompting the audience to be more  interested in the conflict with the protagonist.

Dexter is another great example of a “bad guy” with believable motivations – in fact, he isn’t even the antagonist. Somehow the writers on Dexter have managed to create a protagonist who, as a serial killer, is essentially a “villain”, yet the audience still roots for him every week. Check out this article discussing why and let me know what you think. What are some other examples of “bad guys” who have this sort of believable depth and motivation, arguably making them into possible “good guys”? 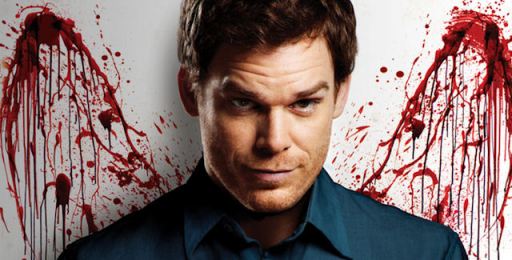 So you think that bad guys can only be Antagonists? Think again. They’re just as multi-faceted as the good guys these days. One day, when you least expect it, you’ll realize the script idea rolling around in that brain of yours is crying out to have a bad guy protagonist at the heart of the story. But how do you put someone like that at the center of your script and expect the audience to go along for the ride? Audiences like to cheer for the good guys, right? Actually, what they really like to cheer for is a character with whom they identify. On some level – any level – if the audience can catch a glimpse of themselves inside the character, then you’re golden.”